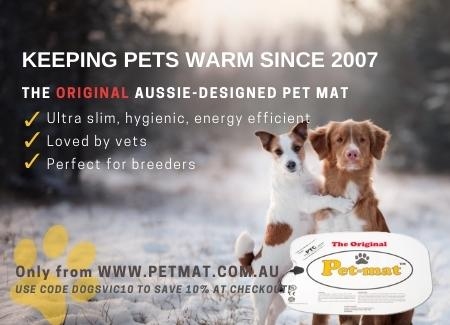 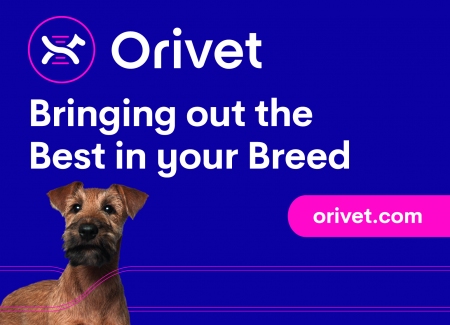 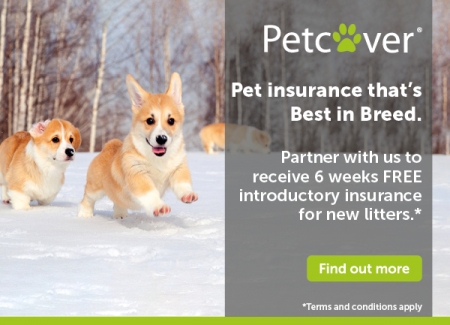 See where junior handler competition can lead you from our very own Dee Hamilton - 3rd place finalist in the World Dog Show Junior Handler Final 2018.

We interviewed Dee about her trip, her feelings, the emotions and results.

Dee, how was the trip? 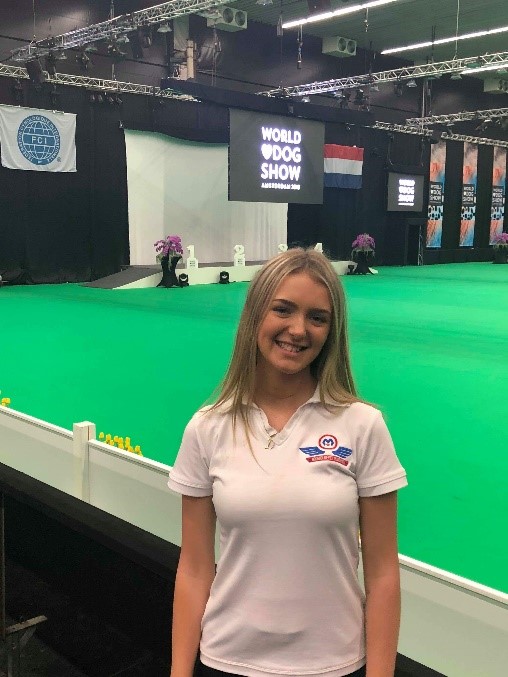 My trip started in London visiting family and friends, but Amsterdam was amazing. The size of the show was incredible with there being over 33,000 dogs. I met and caught up with some friends from overseas which was great. I also was able to meet one of my idols, a famous artist Martial Robbins.

Leading up to the final, how were you feeling?

Prior to the finals I was able to watch some of the Junior Handler rounds and it was daunting as they’re so talented and naturally I was nervous. Seeing how other handlers were able to keep their composure before entering the ring gave me reassurance that I would be fine.

The Final, talk us through what happened.

Going straight from pre judging to the big ring was nerve racking but as soon as I was out there with Pandora (Australian Samoyed) I felt comfortable.  She gave me everything in the ring even after competing in a massive breed ring only an hour prior.

Being pulled out in the top 10 alone was such an amazing feeling as there was 45 other countries competing with some amazing talent. It was nerve racking though when they started to announce the winners.  It was incredible, to hear the announcement “we know this is a crowd favourite, from one of the furthest countries away”, "3rd Place……, from Australia ……..."   A massive cheer went off and I was lost for words. The “Aussie Aussie Aussie…… Oi Oi Oi” chant filled the stands which when I heard I couldn’t help but smile. 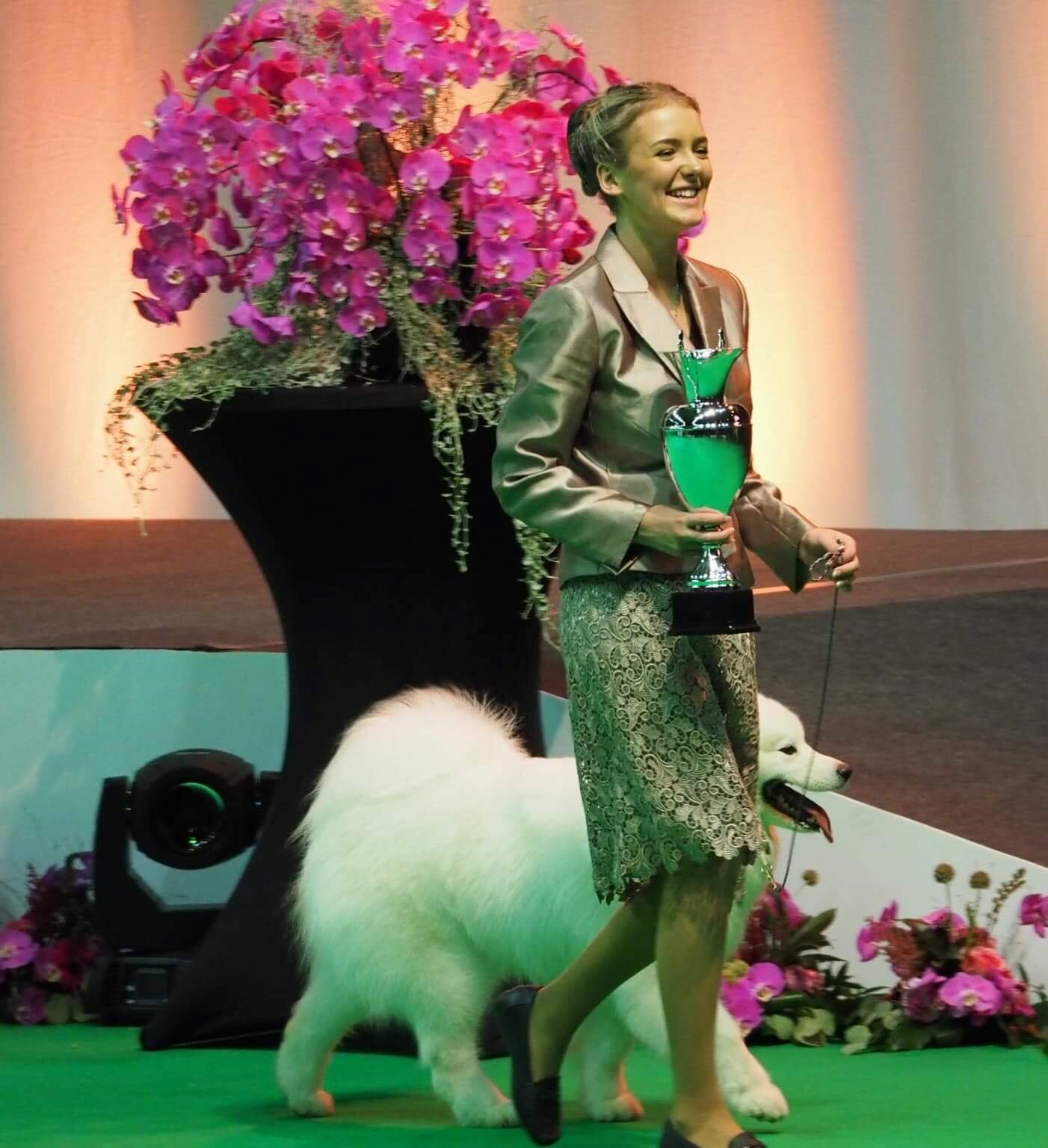 It was an experience, seeing familiar faces screaming and cheering for me as I left the ring and the reactions of family and friends was over whelming. Helen Chen, the owner of Pandora, came to me crying with tears of joy. Slowly a lot of familiar faces from Australia came to congratulate me.  My Mum and Nana who travelled with me and supported me were over the moon for me.

Have you got any advice for any young handler aspiring to compete in Handlers internationally?

My advice would be do your research, learn the rules for the country you reside in, find a dog you're comfortable with and one that you can also have fun handling.  Most importantly enjoy the experience. 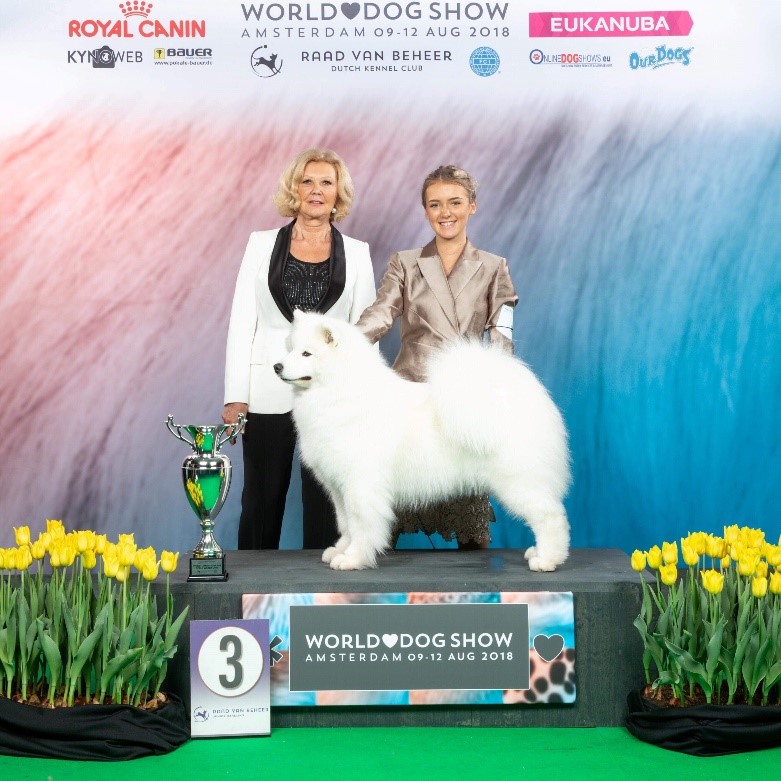