There is a manual which is a guide for those that wish to improve their knowledge on Junior Handling as well as explaining the rules and regulations that are required.  A copy of the manual can be found here

Entering a Junior Handler competition can be extremely rewarding and challenging; it encourages great sportsmanship, friendships and welfare between young people and dogs.

Junior handling also involves the opportunity for youths and youngsters to learn more about different dog breeds, as well as their various types and characteristics.  The sport encourages young dog lovers to gain knowledge of how to take care of dogs and how to maintain animal wellbeing. These values will help support further generations of consciousness and responsible dog ownership culture.

If you are between 7 and under 19 years of age you can compete in junior handlers. 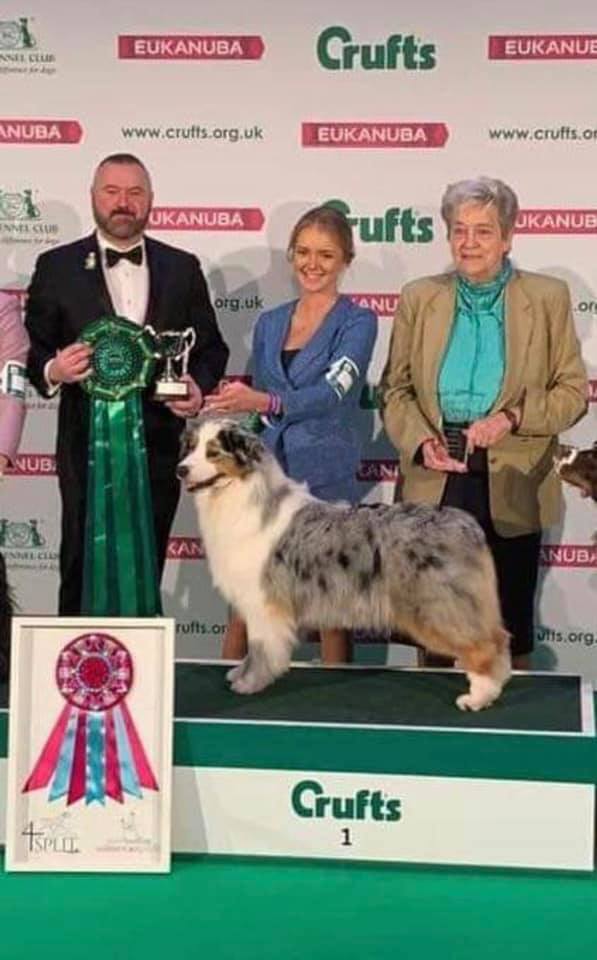 Dogs Victoria would like to offer our congratulations to our junior member Destiny Hamilton who represented Australia and WON the 2019 International Junior Handling Competition at Crufts. Fantastic effort Dee!!!

The Junior Kennel Club of Victoria hold their annual Junior Handler State Final in the month of July.  This year, the judge was Miss Kari Harding from SA who did a great job of putting all the children through their paces.
The overall winner was Dee Hamilton who will go on to represent Victoria in the Junior Handler National held in Adelaide later on in the year.
Hollie Mann was awarded the title of runner-up state finalist. Both girls handled Australian Shepherds and did a fantastic job. 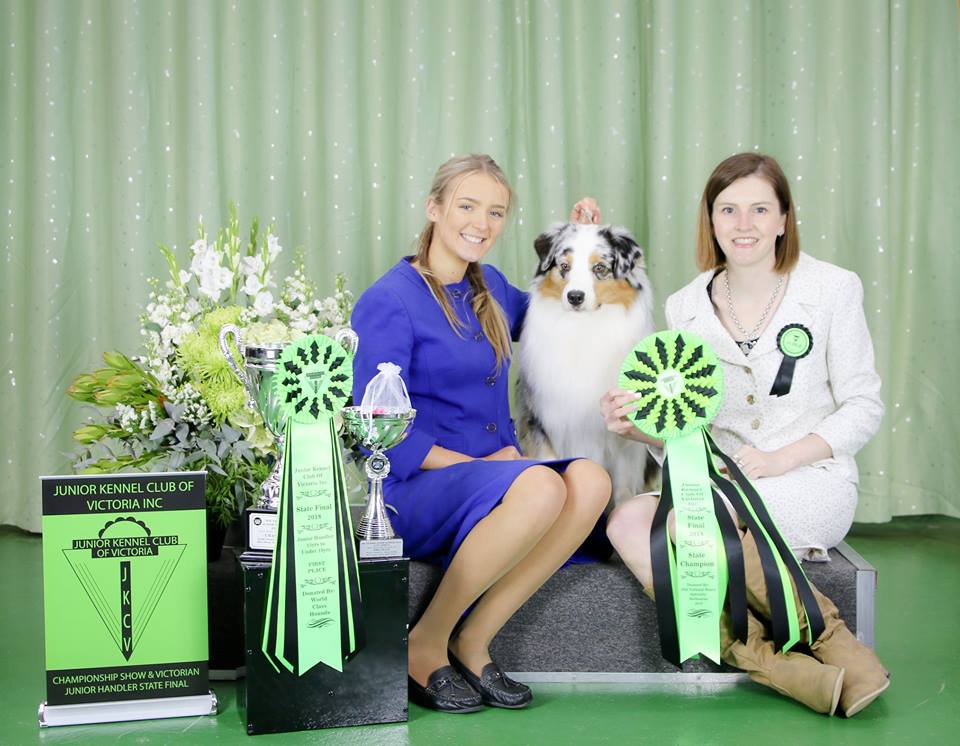 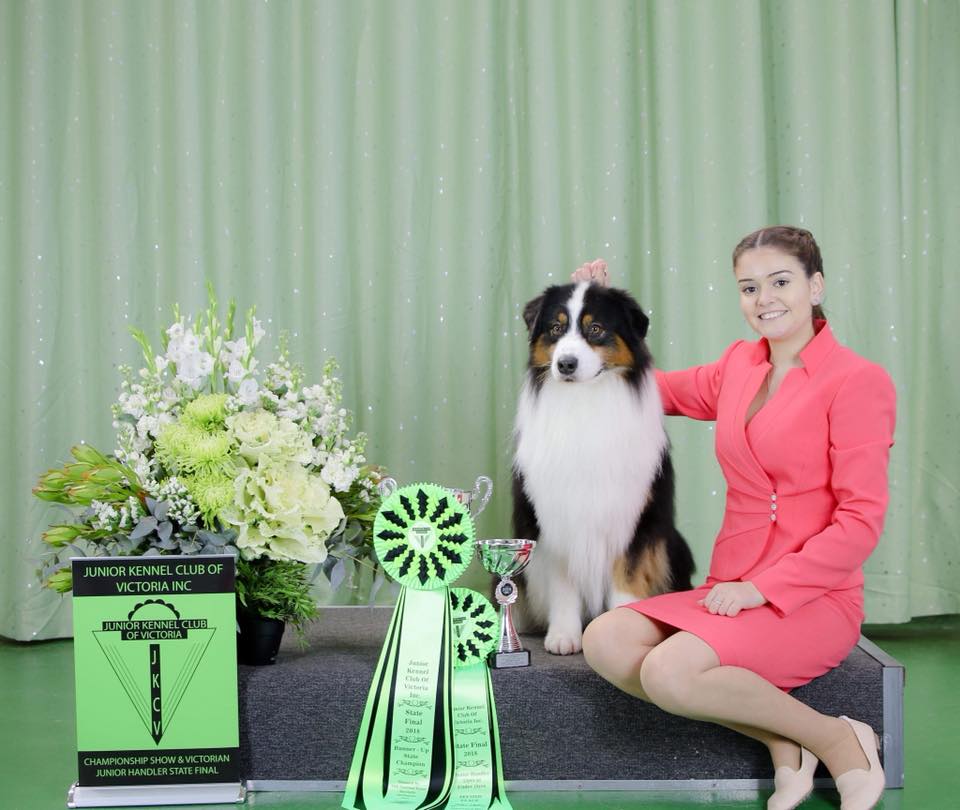 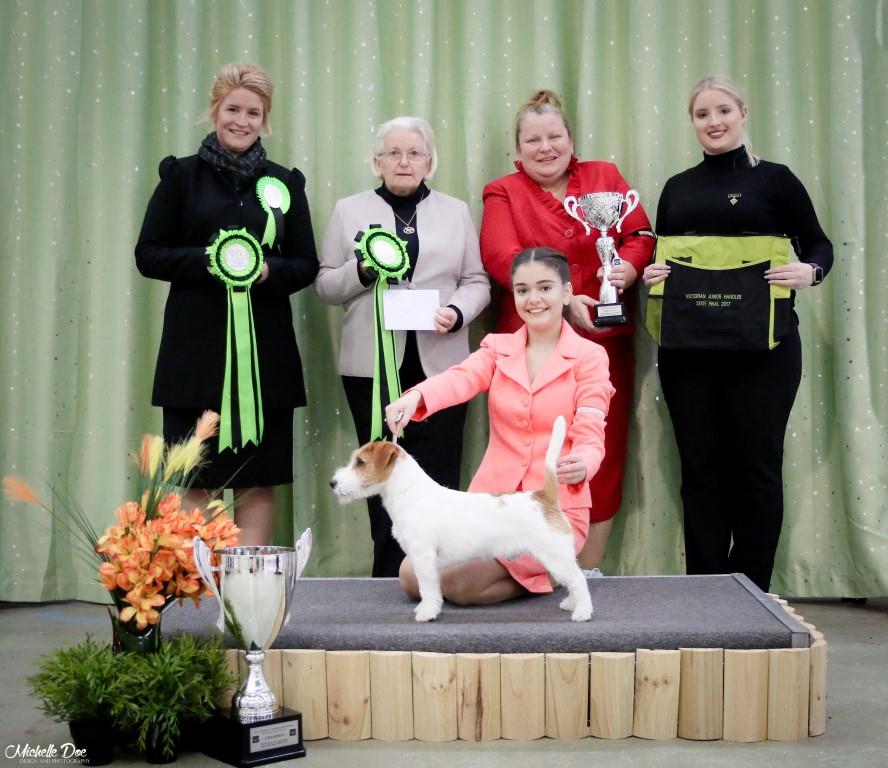 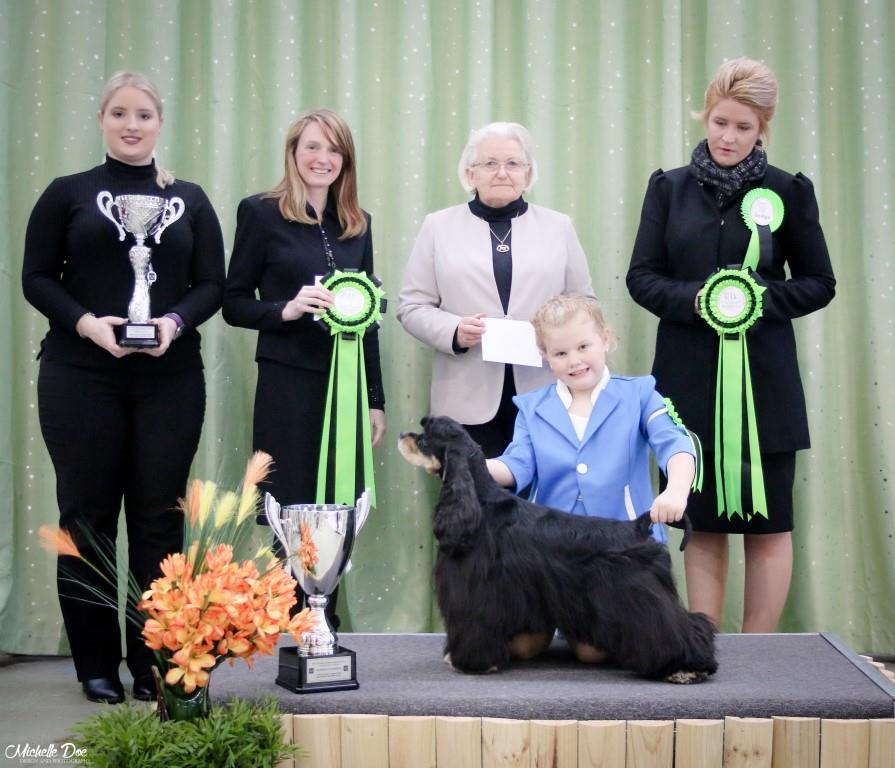 If you are interested in being a Junior Dog Handler then you are required to become a member of Dogs Victoria.