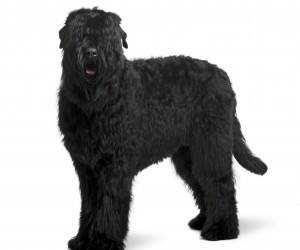 About the Russian Black Terrier

Breed Personality/Characteristics/Temperament The Russian Black Terrier displays natural guarding and protective instincts that usually start to show around 18-24 months. They are alert, lively and even-tempered dogs that are easily trained. Happy within their own family unit, they are wary of strangers.

Ideal Owner/s The Russian Black Terrier is not the dog for the novice owner. It is a breed that does require training from an early age as its natural protective instincts will need to be properly channelled.

In Conclusion Now you know a little about the Russian Black Terrier and have decided this is the dog for you or you want more information, make contact with the group club. They will be able to give you information about available puppies and also suggest dog shows where you can see the breed and speak to breeders. In this way you will gain a better perspective of the breed and its needs.