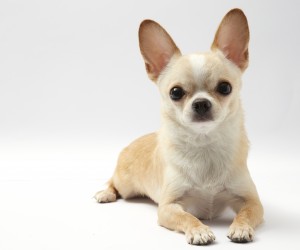 Background The Chihuahua is the world’s smallest dog and its history is shrouded in mystery. Some subscribe to the theory that it originated in Asia; others that it came from Europe, but no matter where the breed got its start, it really is a dog of Mexico. Figurines found in Chi-Chen-Itza, Colima and other ruined cities of the Southern American continent are very much like the present day Chihuahua. This coupled with the fact that in several Mayan dialects "chi" means dog, would seem to place the ancestors of the Chihuahua as far back as the Mayan period. It is interesting to note that the ancestors of the Aztecs were the Chichimec, a name that means "son of the dog". Who knows? Some day soon more data may be uncovered placing their origins even further back in time. There are about seventy-five breeds that can trace their origin to the period between 1875 and 1900, and the modern smooth coat Chihuahua was found on the borders of Mexico about that time. For many years there have been Chihuahua type dogs living in the village of Valle de Allende, in the south of the State of Chihuahua. It was not until December 1955, however, that the first four Chihuahuas were introduced into Australia.

Average Lifespan When considering a dog, please realise that you are taking it on for its lifetime. Chihuahuas live from between 12 to 15 years of age.

Breed Personality/Characteristics/Temperament In short, the Chihuahua is a great little companion dog that can exercise itself in your backyard but greatly enjoys being taken for walks. It has a loud bark for such a little dog. This breed loves to spend time with their owners and is not too destructive in the house.

Compatibility with other pets The Chihuahua is truly a companion animal and as such thrives on the company of both animals and humans.

Care Requirements Minimal care requirements exist with this breed but it is an active little dog and should be fed and cared for accordingly. It requires an amount of regular exercise or will tend to gain weight.

Please Take Note Because of its characteristic head shape, the Chihuahua is prone to having open fontanels even as an adult. Just as with babies, care should be taken to see that pressure is not applied to that part of the head.

In Conclusion Now you know a little about the Chihuahua and have decided this is the dog for you or you want more information, make contact with the breed club or your State controlling body for purebred dogs. They will be able to give you information about available puppies and also suggest dog shows where you can see the breed and speak to breeders. In this way you will gain a better perspective of the breed and its needs.