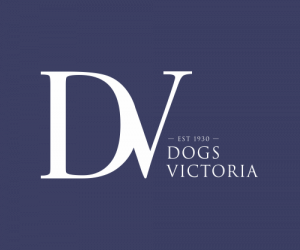 About the Canadian Eskimo Dog

Background It is estimated that the first Canadian Eskimo Dogs called "Qimmiq" (which simply means dog) by the Inuit, developed approximately 1100-1200 A.D. with the migration of the Thule Inuit throughout Canada’s Arctic Region. The dogs were a vital part in everyday survival of the Inuit people and their families. This breed has survived in the harshest terrain in the world, which led to its demand in the late 1800s and early 1900s as the dog of choice for expedition use, thus they have stood at both poles. A Canadian Eskimo Dog can pull twice its weight through the harshest weather and terrain with very little nourishment.

Breed Personality/Characteristics/Temperament The Canadian Eskimo Dog is alert, curious and very intelligent. They are easy to train, and once commands have been mastered, they never forget them. Their memory is phenomenal. These dogs make wonderful companions for the active or outdoors-minded, and are hard working sled dogs for the serious musher - or the recreational team. In spite of their ruggedness, strength and stamina, the breed as a whole is playful and submissive. They require firm training, and it is essential for this breed as they are very determined. They have a hard-earned instinct for survival. These dogs have an enormous amount of energy, and their exercise requirements reflect this. Without exercise and stimulation, boredom will set in which could lead to destructiveness. This breed has a very strong hierarchy instinct, "a pack animal". If the owner does not assume a leadership role, then this can result in an unruly, uncontrollable animal. Positive reinforcement and encouragement are the preferred training methods for training this type of canine as it builds trust between the dog and the owner - something very important to the Canadian Eskimo Dog.

Care Requirements One of the first considerations is the type of domain needed to properly accommodate a C.E.D. For the dog that is allowed into the house, it is suggested that a crate be available for him to sleep in as their natural instinct is to find a den or cave-like structure for shelter. This will also keep him out of trouble while the owner is away. A large "running yard" should also be available because of their high energy level and their need to run and play, these dogs have extremely powerful legs and are capable of jumping over anything. Brushing is very important and must be done regularly as they shed heavily twice a year. Brushing helps to distribute the natural oils the dog produces as a defence against water penetration, which, in their natural environment, could have caused death. Because of the oils, which also keep the skin healthy, bathing is done infrequently. Depending on the temperature, some activities should be avoided, as these dogs can succumb to dehydration and heat exhaustion.

Ideal Owner/s The ideal owner is very active, outdoors minded. The breed is ideal for people who participate in dog sports, in which these dogs make wonderful companions. It is imperative that owners are not afraid of the hard work to keep and maintain this breed. They are a breed only for an experienced owner.

In Conclusion Now you know a little about the Canadian Eskimo Dog and have decided this is the dog for you or you want more information, make contact with the breed club or your State controlling body for purebred dogs. They will be able to give you information about available puppies and also suggest dog shows where you can see the breed and speak to breeders. In this way you will gain a better perspective of the breed and its needs.